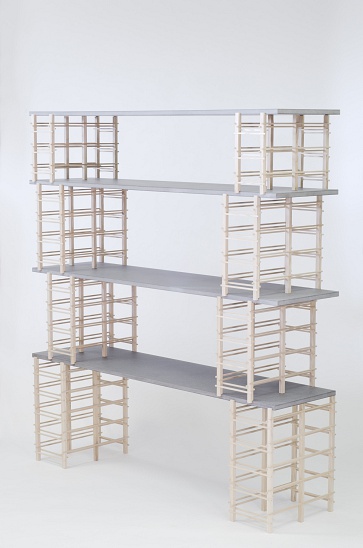 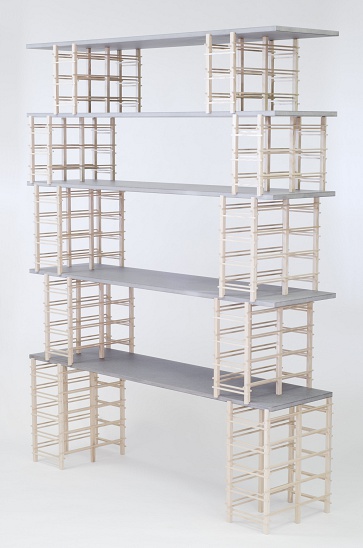 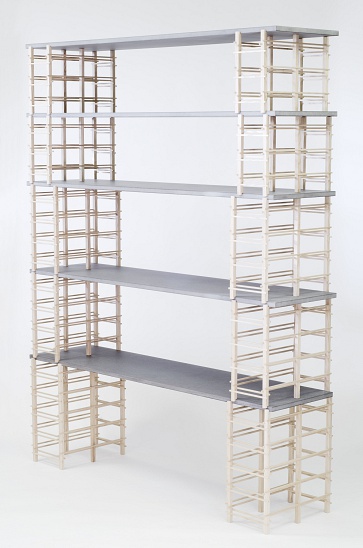 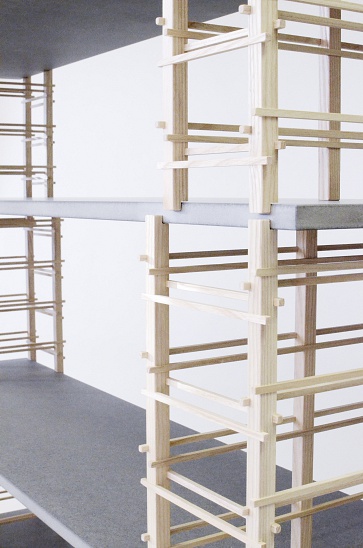 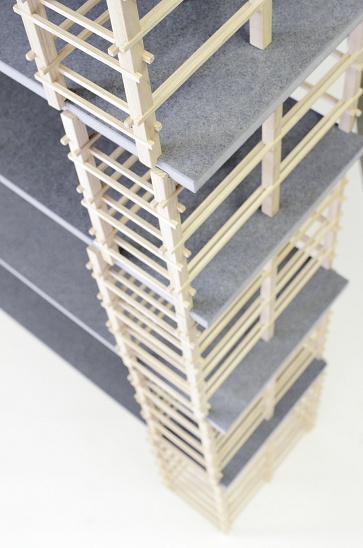 Scaffold is a conceptual floor standing shelving system that celebrates the craft of bamboo scaffolding. High up construction sites bamboo scaffolds rise, like as a sort of pre-architecture, only to be dismantled for the presence of its own creation. Consisting of 364 thin ribs of ash, put together in an elaborate pattern, Scaffold is easy to assemble and dismantle and move about the sections in between the shelves to give it a more chaotic or structural appearance.

All prototypes by Charlie Styrbjörn Nilsson